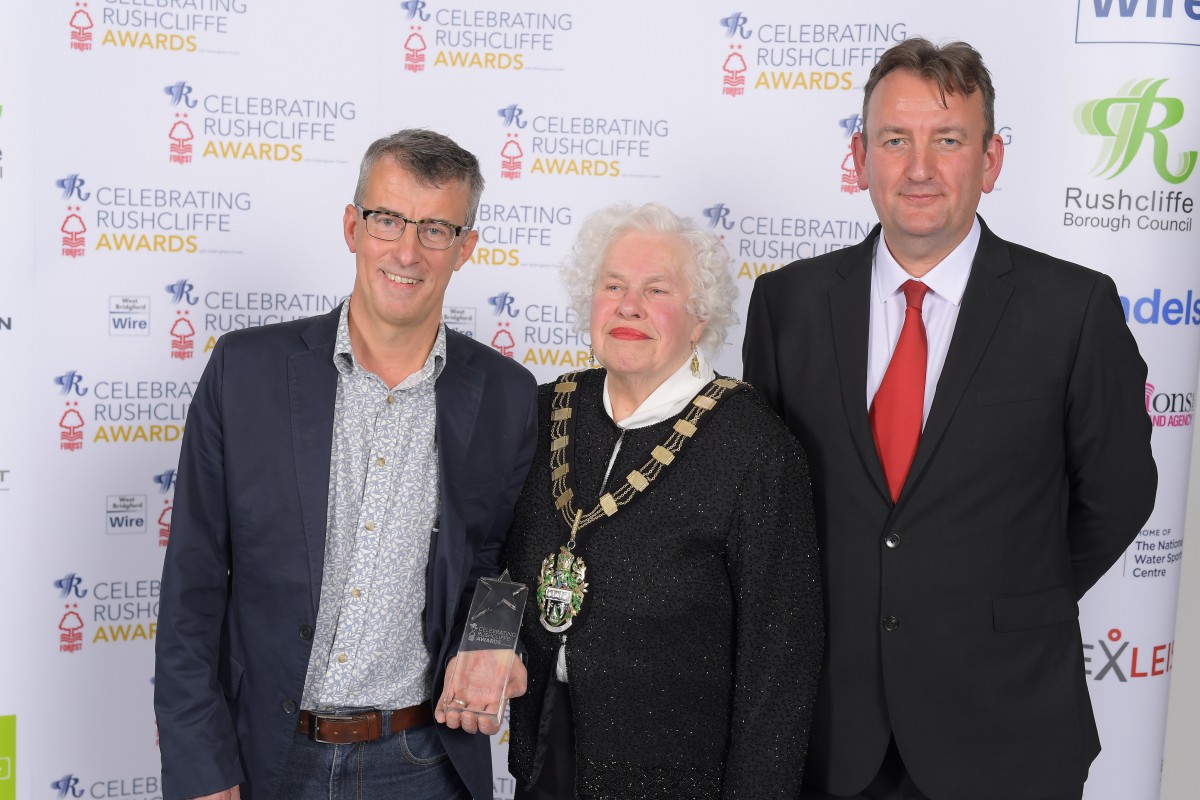 The dedication and commitment of volunteers at a youth football club has been celebrated at an annual awards event.

West Bridgford Colts FC were presented with the Pride of Rushcliffe trophy — the most prestigious prize on offer at the Celebrating Rushcliffe Awards night on Wednesday (November 20).

The event aims to recognise those individuals and organisations who Rushcliffe Borough Council say ‘make others proud to live in Rushcliffe and lead by example to make the borough a better place to live and work’.

The club received the main award in recognition of the hard work their volunteers put in to provide football to 1,300 players who turn out for 102 teams each weekend. West Bridgford Colts chairman Peter Stansbury collected the top gong on behalf of the club, which was presented by Mayor of Rushcliffe Cllr Christine Jeffreys and Nottingham Forest chairman Nicholas Randall QC.

Mr Stansbury said he was delighted that the club had been recognised in this way.

“It was a real honour to receive the award on behalf our many hard working volunteers,” he said.

“On behalf of the club, I would like to thank Rushcliffe Borough Council for recognising our achievements and also the many other inspirational clubs and volunteers who were nominated that make Rushcliffe such a great place to live and play sport.”

Nottingham Forest chairman Nicholas Randall said: “West Bridgford Colts were a worthy winner for the Pride of Rushcliffe Award for the way they have served our local community over the last 30 years and the opportunities they give to local children to get involved in sport.”