You are here: Home / Archives for CBBC 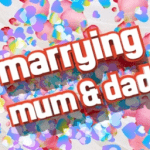 Would you let your kids organise your wedding? Couples all over the UK are being offered help in organising their wedding but there’s a catch... the entire thing has to be arranged by their kids. Marrying Mum & Dad is back on CBBC and is bringing a unique twist on reality TV wedding shows … END_OF_DOCUMENT_TOKEN_TO_BE_REPLACED

CBBC has today launched a campaign aiming to inspire youngsters to strive for their goals and never give up on their dreams. The ‘I Am Jamie Johnson’ campaign derives from brand new children’s football drama, Jamie Johnson, which is set to hit TV screens next week (Monday 13, Tuesday 14 and … END_OF_DOCUMENT_TOKEN_TO_BE_REPLACED