You are here: Home / Calverton & Burton Joyce / Nottingham Racecourse celebrates inclusivity at their season finale as part of the #GoRacingGreen initiative 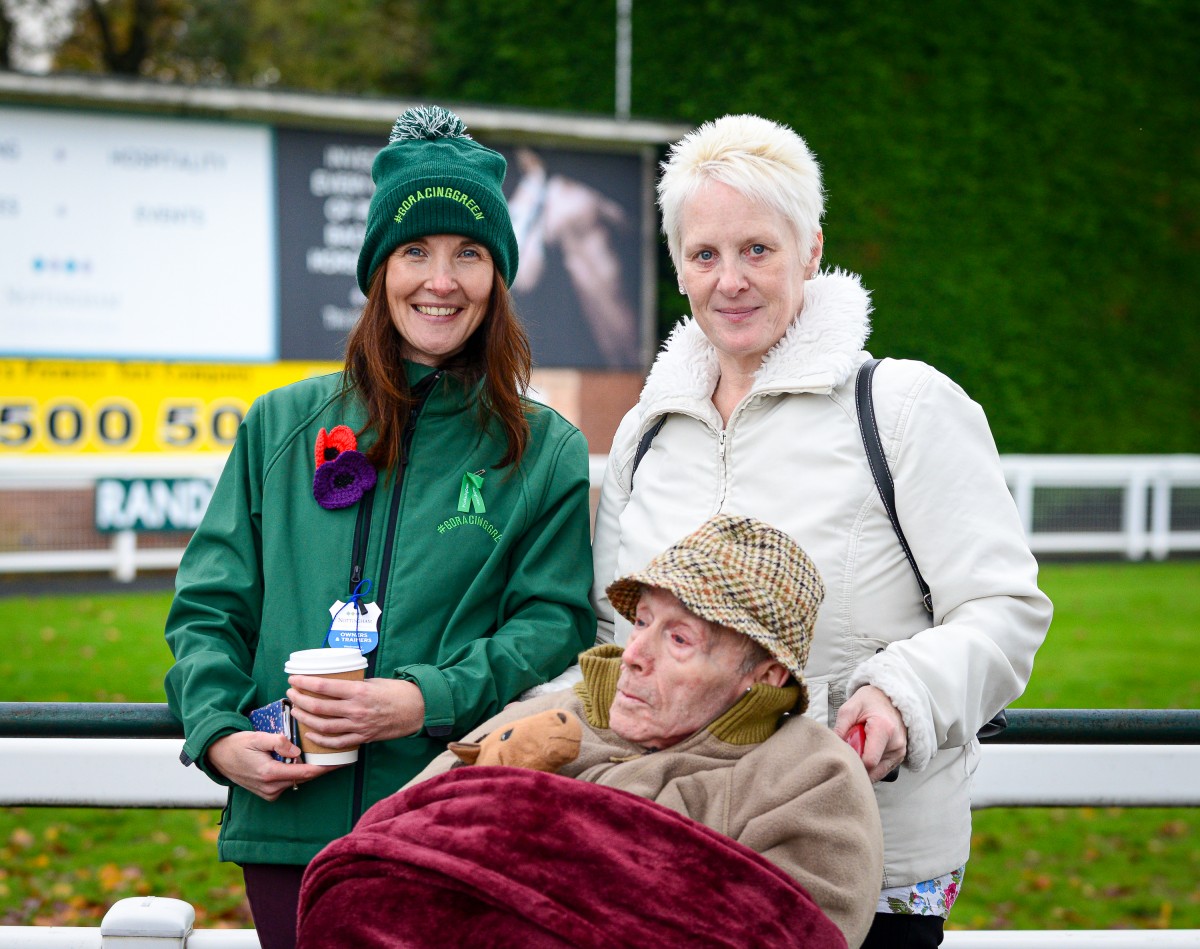 On Wednesday 6th November Nottingham Racecourse welcomed residents, their carers and family members from Nottingham Community Housing Association, Mencap and Church Farm Care to their race day season finale to enjoy an afternoon at the races.

Visitors included George Wildgust, whose family believe he is the oldest person in the UK with Down’s syndrome, and has recently celebrated his 77th birthday and resides at Watcombe Circus care home in Carrington, Nottingham and Michael Sanders, who was a former jockey in Ireland, from Church Farm at Skylarks. 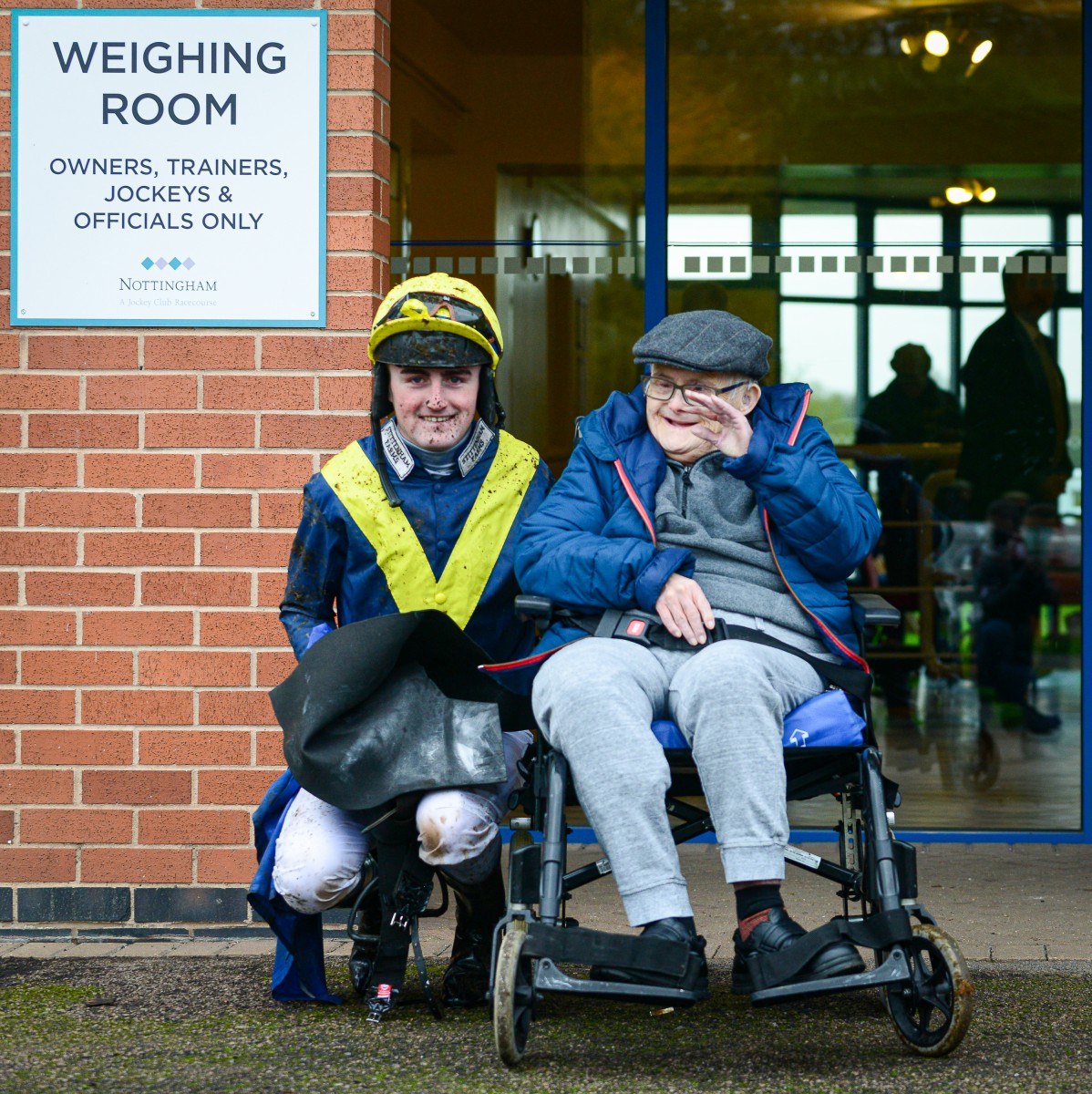 Despite the bitterly cold November weather, over 35 people attended as part of the #GoRacingGreen initiative that aims to make all UK racecourses more accessible to people of all ages living with physical and invisible disabilities, conditions such as dementia and autism, and those who would love to go racing but have no one to accompany them.

Nottingham was the first racecourse to take up the initiative which was created as a result of the founder and racing fan, Debbie Matthews, struggling with her own mental health and social anxiety and finding a day at the races difficult.

Debbie is an accessible and dementia tourism consultant, and a Dementia Champion, and provided the race day staff with Dementia Friends and Sensory Awareness training, oversaw improvements across the course which included opening a “safe and quiet” room that is available on race days for anyone who needs to use it, and writing an online sensory guide and “invisible” accessibility guide to provide essential pre-visit information.

They were joined on the day by racing photographer Michael Harris who donated his time to capture images that will be used in future race day marketing to make it more inclusive.

Clare Bearne, Project Manager at Watcombe Circus said “Staff fed back that people enjoyed watching the horses both inside on the big screen and outside, for some of the people we support the visual stimulation at an event like this is really great and we can see from their actions how much they get from the event. Staff fed back so positively about how much people enjoyed the day and how well they were supported”

Debbie Matthews said “It was truly heart-warming to see the enjoyment that the day brought, and Michael captured this beautifully in his photographs. I loved talking to the service users and hearing all about their lives. When I set up this initiative this was exactly what I wanted to see being achieved at the races, and it was quite an emotional experience for me to see it come to fruition”

James Knox, general Manager at Nottingham Racecourse said ““It was wonderful to see so many people join us and experience horse racing first hand. The team at Nottingham look forward to growing this fantastic initiative next season, and hosting the first #GoRacingGreen raceday”

Next year, the racecourse will be holding a pre-season event which will be open to all carers, family members, group coordinators at facilities across the city such as care homes, assisted living facilities, physical and mental health support groups, to attend the venue, chat to staff over a cup of tea and see the facilities that are on offer should they wish to bring a group to enjoy an afternoon of racing, as well as launch incentives for this sector of the community such as a racing and cream tea package, as an example.

On 3rd June they are holding a #GoRacingGreen race day where everyone is welcome, and care and support groups and organisations are able set up stands to promote what they do as well as enjoy an inclusive day at the races. If you would like to be involved in this, please email debbie@novicefilly.co.uk 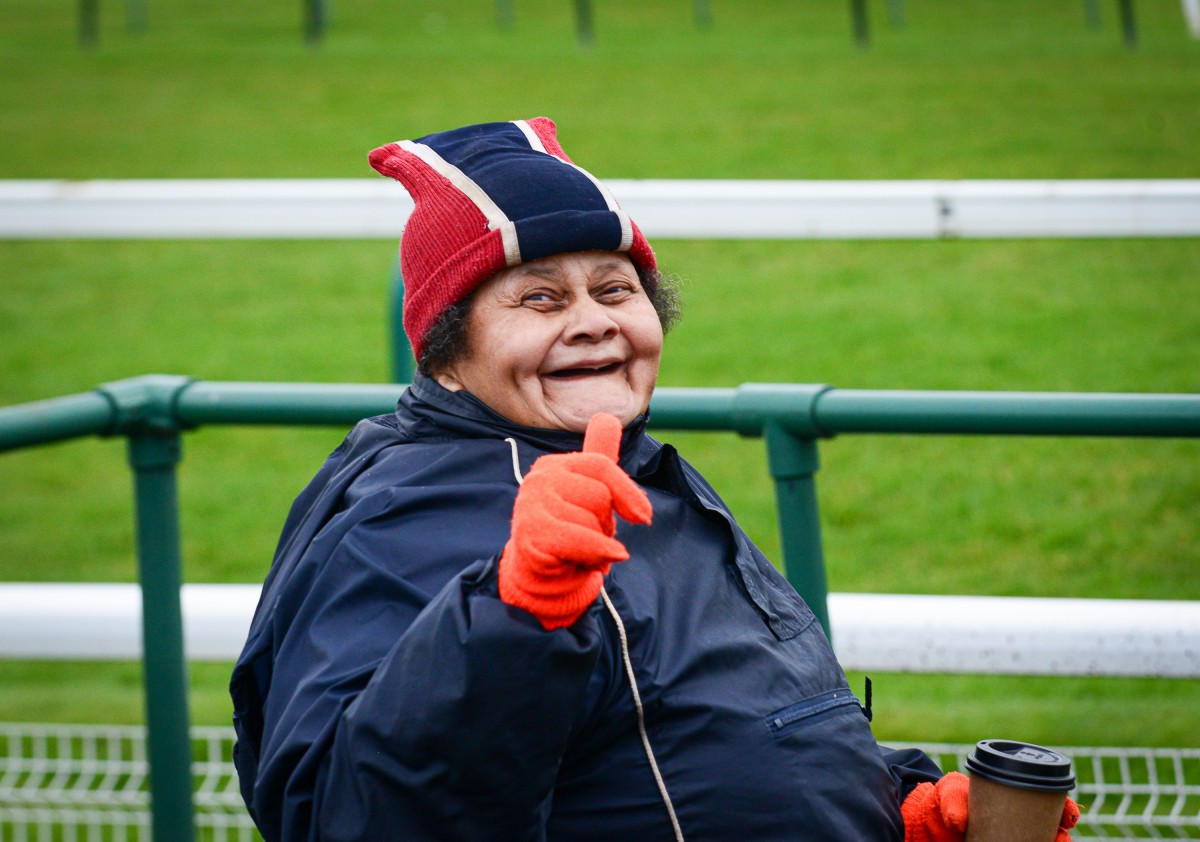