We reported back in August that an old tree was set to be removed when work begins on a new road crossing in Calverton next year, this could now be spared the axe. Residents had voiced concerns about the tree being removed if plans to build a crossing on Main Street near the village square were approved. But today, MP Mark Spencer and local county councillors Boyd Elliott and Jane Walker revealed in a video to residents that they had found a solution to save the tree and also go ahead with the crossing. 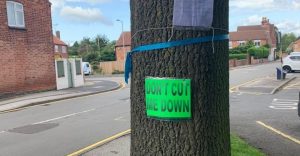 As well as announcing the tree would remain, Mr Spencer said the crossing had been given the go ahead and work would begin next year. Mr Spencer said: “As you may know, we’ve been trying to get a crossing sorted across Main Street in Calverton to improve the safety of the village there. However, there were also concerns from some local residents about wanting to save the big tree on the site of the proposed crossing.

“Local county councillor Boyd Elliott has been working hard on this, and I’m very pleased to say that we’ve managed to get a situation where not only will the crossing be built, but we’ve also managed to save the tree as well! This is great news for local residents.”

Two previous attempts have been made to build a crossing at the site, on Main Street. But there were urgent calls to get something put in place following the death of 88-year-old Lilian Hamblin, who was fatally injured in a traffic collision just yards from the spot back in May. Work on the new crossing is expected to be completed by February 2020. 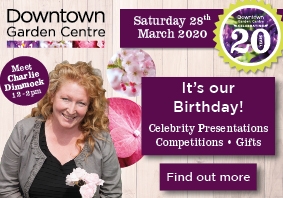