You are here: Home / Rushcliffe / Andy takes on Everest for Radcliffe Animal Centre 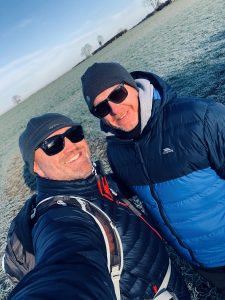 In just a few months, Andrew Middleton will climb Mount Everest in order to raise money for Radcliffe Animal Centre. Andy, Director at Nottingham based Creative Agency Ginger Root, will also take on four half marathons this year on a mission to support the rehoming of the cats, dogs and rabbits of Radcliffe.

Andy has close links to Radcliffe Animal Centre both personally and professionally. Having previously owned several rescue animals and since working closely with the charity, Andy said, “The hard work that Radcliffe’s team carry out is vital for the wellbeing of animals across the county and I want to help raise money and awareness for this amazing, local charity.” Andy aims to raise £2,000 for the Everest trek in November. 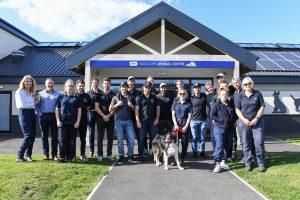 Mount Everest, the highest mountain in the world, averages at -36 degrees in winter when Andy and his team begin their trek. The below freezing temperatures along with the arduous climb and extreme altitude requires both mental and physical strength. In preparation for the climb, Andy has dedicated hours of fitness training in the form of running, cycling and practice climbs up Snowdon in Wales. With less than three months until the climb, Andy is carrying out intense training with every new donation boosting his drive and giving more animals the chance of finding their forever home.

Radcliffe Animal Centre are a self-funded charity linked to the RSPCA; but without any financial support from any external organisations. Therefore, they rely solely on legacies and donations or fundraising events like Andy’s climb in order to continue their work. They aim to rescue and rehome as many of Nottingham’s animals as their donations allow, and to educate the public on animal welfare and proper care. Radcliffe have been rescuing and rehoming animals for over 40 years and have a growing capacity for animals coinciding with the donations and legacies raised by local people or companies. 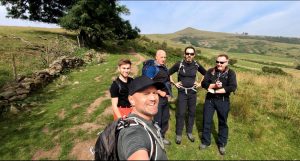 If you would like to support both Andy and his aim to raise £2,000 for Radcliffe Animal Centre, please make a donation on Andy’s fundraising page: https://www.justgiving.com/fundraising/andy-middleton-rspca