You are here: Home / Nottingham / Rag’n’Bone Man and All Saints join Manic Street Preachers and The Specials at Splendour 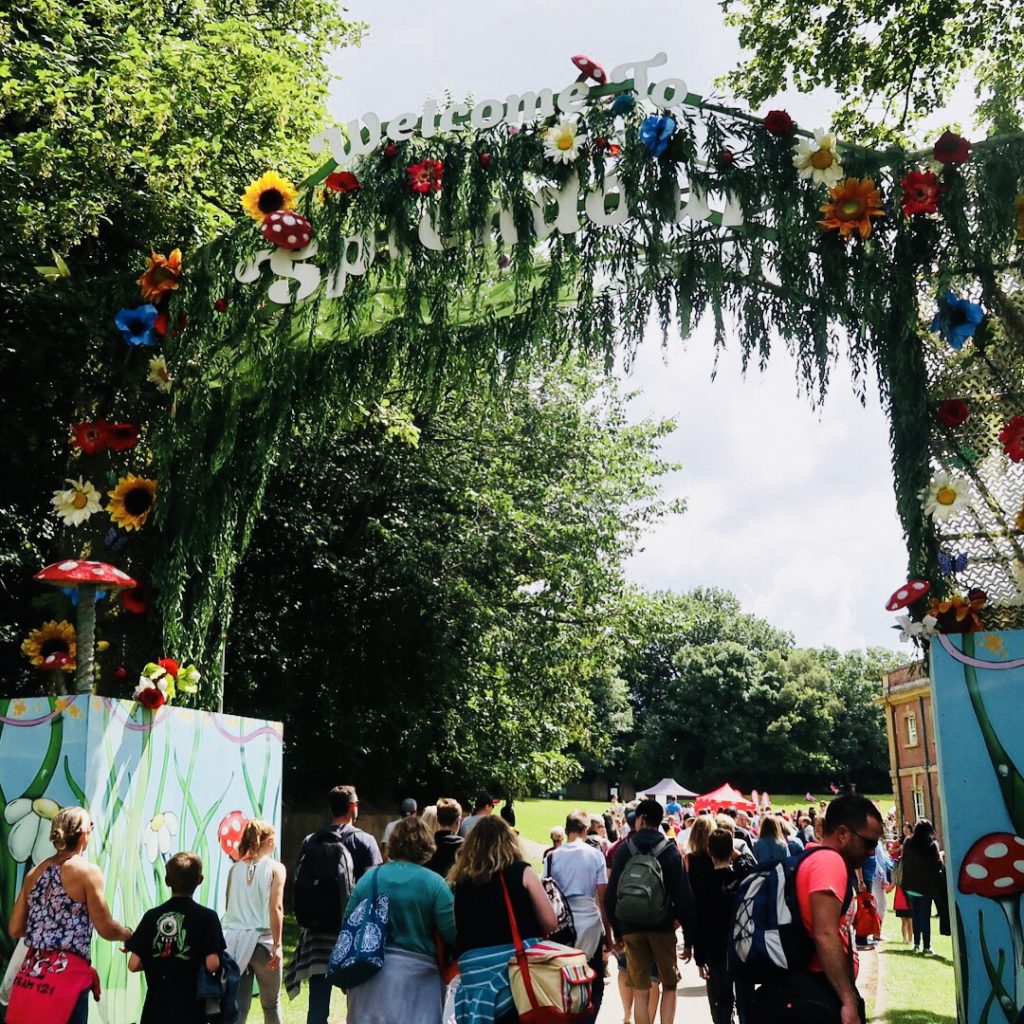 Hot on the heels of his ‘Giant’ performance at the 2019 Brit Awards, Rag’n’Bone Man will perform on the Main Stage at the Wollaton Park music festival. All Saints, one of the biggest girl bands that the UK has ever produced, will headline the Confetti Stage.

Rag’n’Bone Man– real name Rory Graham – broke onto the music scene with his massive debut single “Human” in 2016, which became a major hit across Europe. His UK number one debut album, of the same name, also features the single“Skin”and became the decade’s fastest-selling debut album so far by a British male, outselling those of Sam Smith and Ed Sheeran.

The baritone singer-songwriter is a triple Brit Award winner and is currently enjoying UK Chart success with the dance-electronic hit “Giant” – an incredible collaboration with ‘Best British Producer’ Calvin Harris. This will be his first performance in Nottingham since his show at Rock City in April 2017, which sold out in less than two days.

All Saints are beloved by a whole generation of fans who grew up with them in the nineties. After a 15-year hiatus, the band reformed in 2016 with the original lineup – Melanie Blatt, Shaznay Lewis, Natalie Appleton and Nicole Appleton – released fresh material, including UK Top 10 Album ‘Red Flag’, and played a show at Rock City during their UK tour in December.

Back in the nineties, the quartet’s debut album, ‘All Saints’ (1997), went 5x platinum and produced three UK number one singles, including the double Brit award-winning“Never Ever”, “Under the Bridge/Lady Marmalade”and “Bootie Call”. Their second album, ‘Saints & Sinners’ (2000), became the band’s first number one album and achieved multi-platinum success, featuring UK number one hits “Pure Shores”, the soundtrack for the film The Beach,and “Black Coffee”.

Rag’n’Bone Man and All Saints, alongside Splendour headliners Manic Street Preachers and The Specials, are the first of over 40 acts announced to perform at Nottinghamshire’s biggest outdoor music event at Wollaton Park, with many more artists, comedians and entertainers to be revealed in the coming months.

For the seventh consecutive year, the Confetti Stage at Splendour is in partnership with Confetti Institute of Creative Technologies, a leading provider of creative industry education.

Craig Chettle, Chief Executive at Confetti, said: “We are delighted to be back supporting Splendour. It offers our music, games and media students unrivalled opportunities to gain real industry experience working alongside some of the best crews in the business. Throughout 2019 we are marking Confetti’s 25th anniversary and I can think of no better place to celebrate than at one of the country’s best music festivals.”

Councillor Dave Trimble, Portfolio Holder for Leisure and Localities at Nottingham City Council, said: “Splendour 2019 is shaping up to be another brilliant, family-friendly event in Nottingham. This year’s line-up will have something for everyone, and, as ever, we’re delighted to be able to offer a discount to City residents, with £10 off adult tickets.”

With lots happening all over the park aside from the three music stages, including comedy in the courtyard, a kids’ area and entertainers out and about in the crowd, the festival is a fantastic day out for all the family.

Tickets can be purchased from splendourfestival.comor in person from the Nottingham Tourism Centre. To claim Nottingham City resident discount, a copy of your council tax bill is required.

To stay in touch with festival news following Splendour on social media: 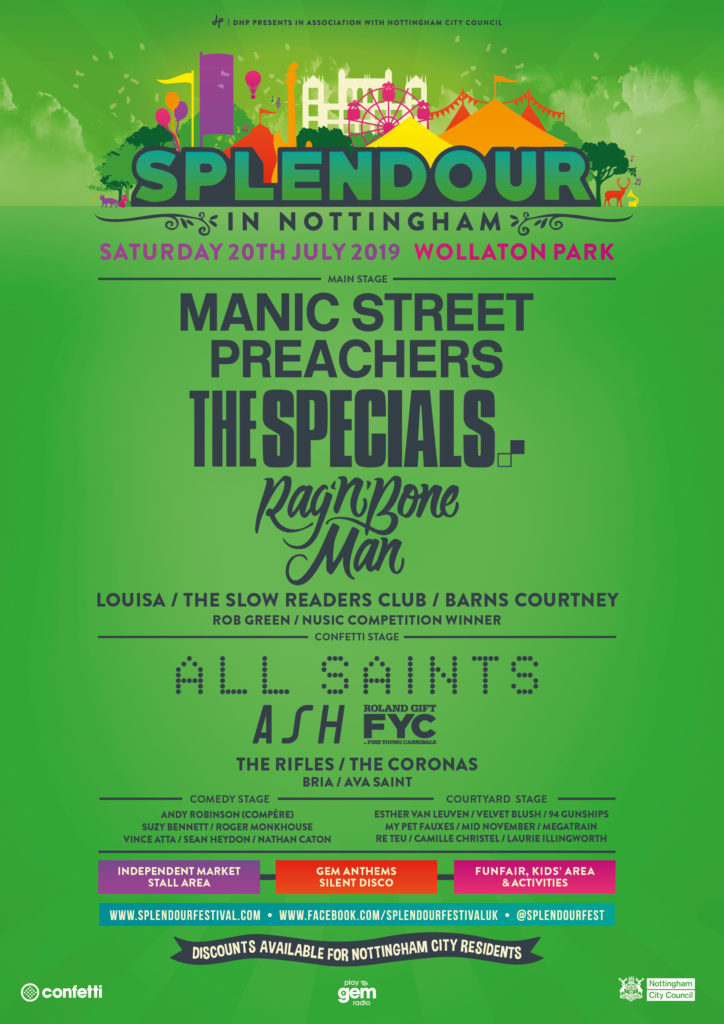