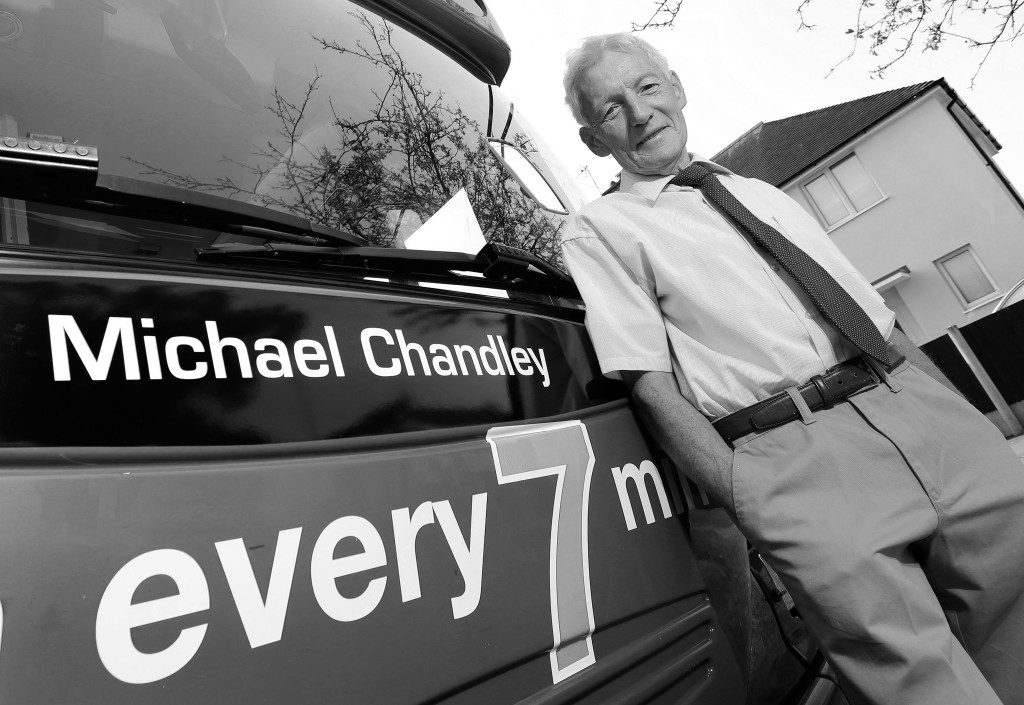 A well-known popular figure throughout Clifton has been further recognised for his work in the community and he now has a brand-new Navy Line 48 bus named after him. Michael Chandley, 71, was named as a ‘Clifton Hero’ in 2012 following a campaign run by Nottingham City Transport (NCT) as part of its Diamond Jubliee celebrations of serving Clifton Estate.

NCT marketing manager, Anthony Carver-Smith, said: “We were looking for someone who lived, worked or studied in Clifton who had gone the extra mile by putting significant energy, commitment and effort into the local community. It was all about the impact they’d had on the area. Michael voluntarily collects litter across the estate and has been a familiar face since he moved there over 40 years ago. He received more than 40% of the public vote two years ago and really was a worthy winner of our first award. Part of Michael’s prize was to have a Nottingham City Transport bus named after him and his photograph to appear on the back of the specially-decorated Clifton Jubilee bus.

“This particular bus has now made way for a newer, more environmentally-friendly vehicle, but NCT thought it important to still see Michael Chandley’s name featuring proudly on the front.

“Michael very much remains a hero in the eyes of his local community, so it was only right to ensure his name still appeared on one of our buses serving the area.

“Our original competition proved to be so popular that we’ve gone on to name other buses after ‘Clifton Heroes’ – including fallen soldier Kieron Hill, his fundraising brother Josh Hill and our Driver of the Year in 2013, Barry Polkey.” 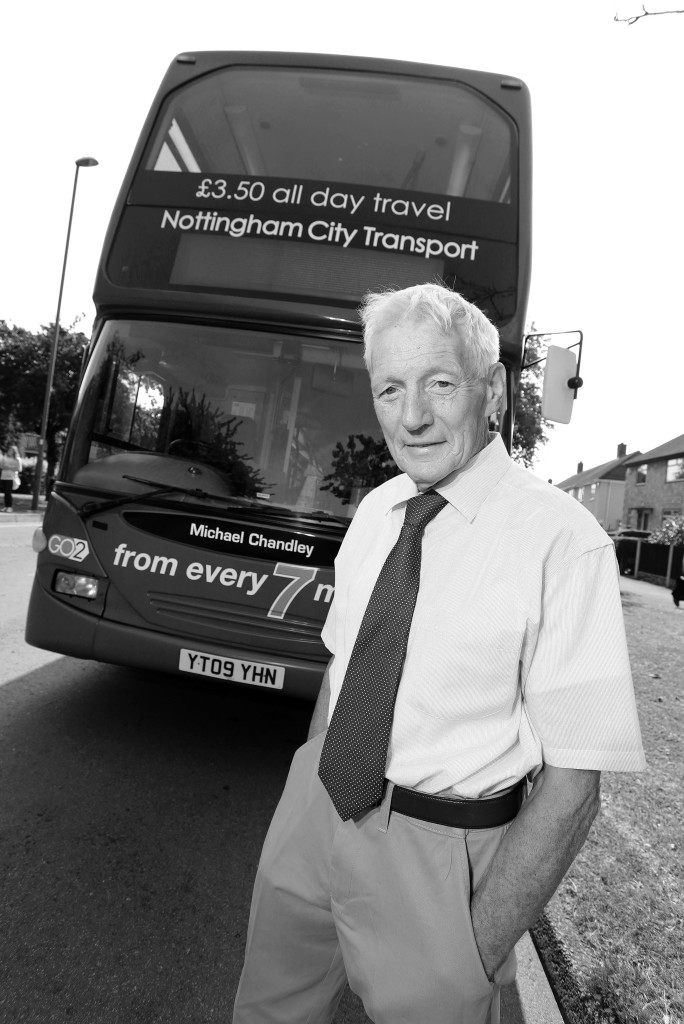