One hundred Brownies and their leaders from units across the West Bridgford and South Trent Division gathered in force to celebrate 100 years of Brownies, with special fun day of activity at the Nottinghamshire Girlguiding Elton camp and holiday site. The event, headlined as the Big Brownie Birthday Party, was a huge success which saw Brownies enjoying a huge range of activities, including orienteering, circus skills, a blind fold rope trail, face painting, gingerbread decorating, archery, badge making and other crafts, as well as a traditional campfire sing song. 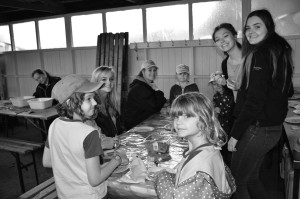 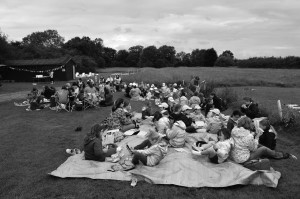 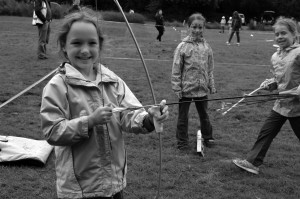 The event, which was sponsored by Royston & Lund in West Bridgford, was a run by over 20 volunteers, alongside existing and retired Girlguiding leaders and other volunteers, including two members of staff from Royston & Lund Lettings who are involved in the Brownie organisation. Assistant lettings manager Frances Longhurst is leader of a local Brownie pack, as well being one of two section advisors for Brownies in West Bridgford and South Trent Division.

She said: “This was a fantastic event to celebrate 100 years. The organisation has come such a long way and evolved over time but the values remain the same. Everyone involved put in so much time and energy and the girls thoroughly enjoyed a day to be remembered for a long time to come.

Everyone involved put in so much time and energy and the girls thoroughly enjoyed a day to be remembered for a long time to come.

Stephanie Caine, director and head of lettings at Royston & Lund, said: “We have always supported our local community through various schools, sporting and other events – 100 years is a huge achievement and we were delighted to help the local Brownie organisation to celebrate their centenary.”